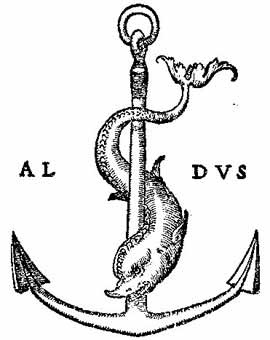 Aldus Manutius (c.1450–1515) was the father of modern publishing. Born near Rome, he moved to Venice in the 1490s, where he formed the Aldine Press. The Aldine Press premiered an immensely popular new format well-designed editions of the secular classics Manutius called libelli portatiles, or portable little books because they easily fit in the hand of the reader, the first paperbacks. Amongst his many contributions to the art of printing, the first italic typeface, which he created with the type cutter Francesco Griffo. Italics were intended to mimic the humanist handwriting of the day. Also the roman typeface devised for a 1496 book by the humanist scholar Pietro Bembo — the inspiration for the modern font Bembo, still treasured by book designers for its grace and readability. 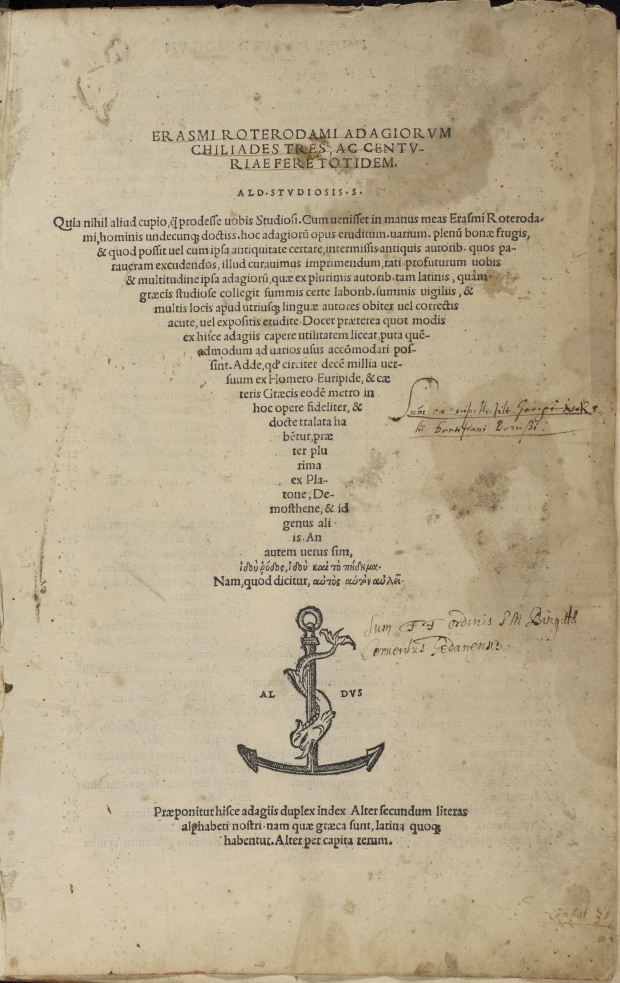 Although books were popular and in demand Manutius’ finances were often unstable. He quarreled with his punchcutter, and he was forced to defend his work from both detractors and admirers. His attempts to secure his innovations against imitators are important moments in the history of copyright. To that end, Aldus Manutius devised a trademark to identify his books in the marketplace. The trademark was based an ancient Roman coin given to him by Pietro Bembo.  The symbol of the dolphin and anchor served as the model for this device. The inscription which reads ‘Make haste slowly’ was a favorite saying of Augustus.

To learn more about Aldus Manutius:

The Bodleian Library’s online exhibition celebrating the 500th anniversary of his death
http://www.bodleian.ox.ac.uk/whatson/whats-on/online/aldus-manutius#gallery-item=

A Tribute to the Printer Aldus Manutius, and the Roots of the Paperback By Jennifer Schusslerferb. 26, 2015

Gal on the go in the big City. Creative professional, motivated Mom, just trying to get it all done!

View all posts by Ms. Tasteful →

This site uses Akismet to reduce spam. Learn how your comment data is processed.